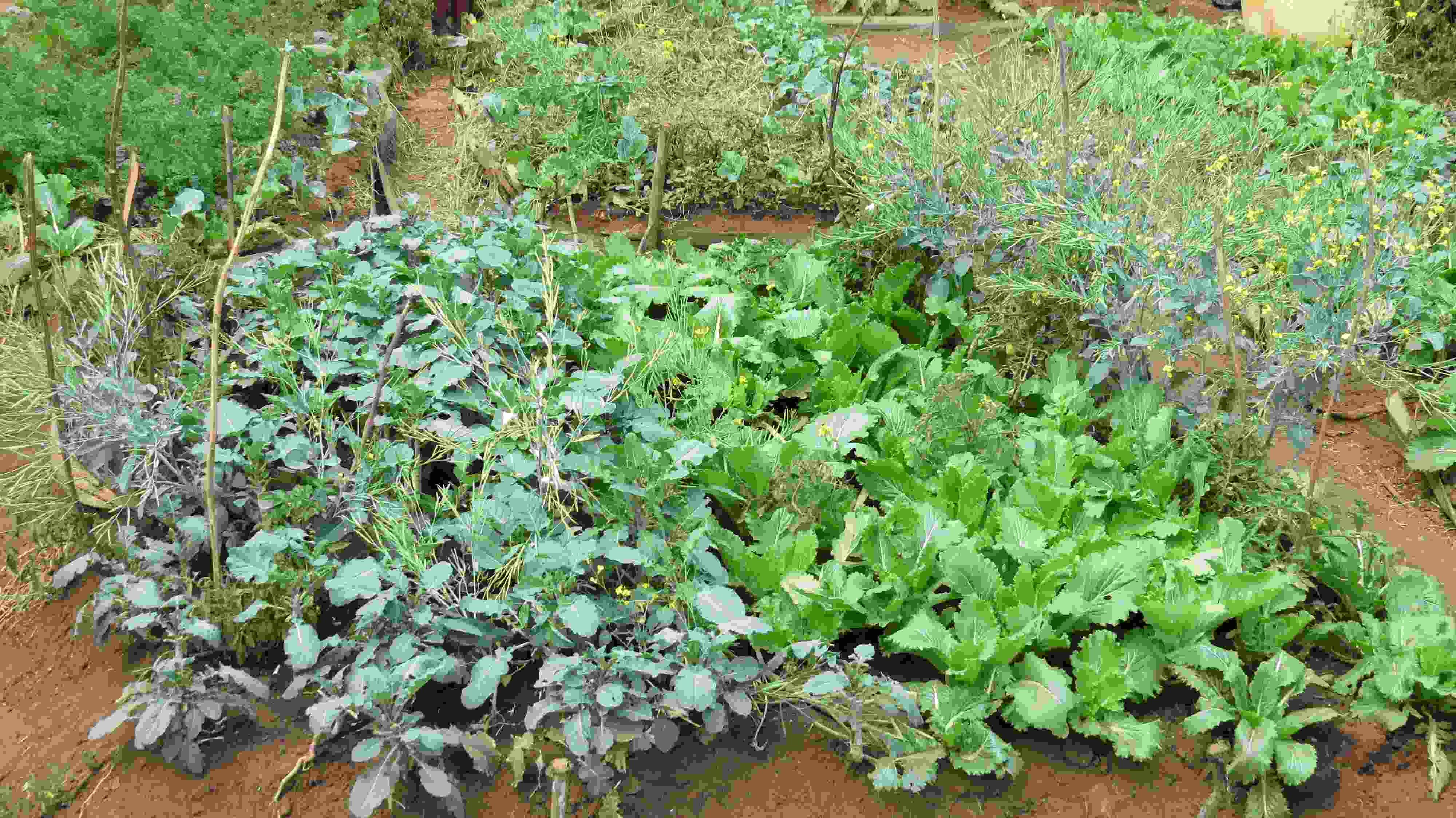 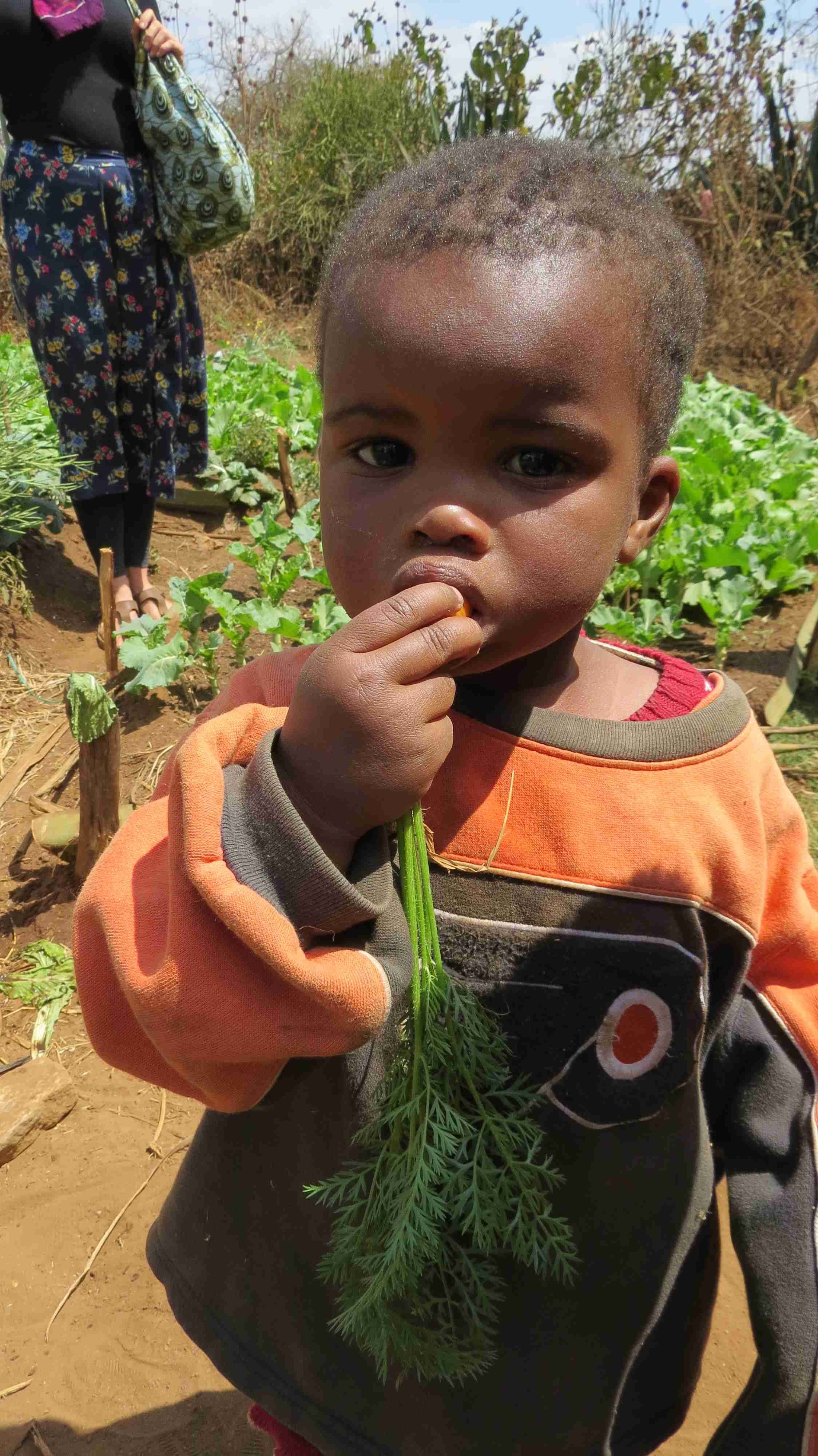 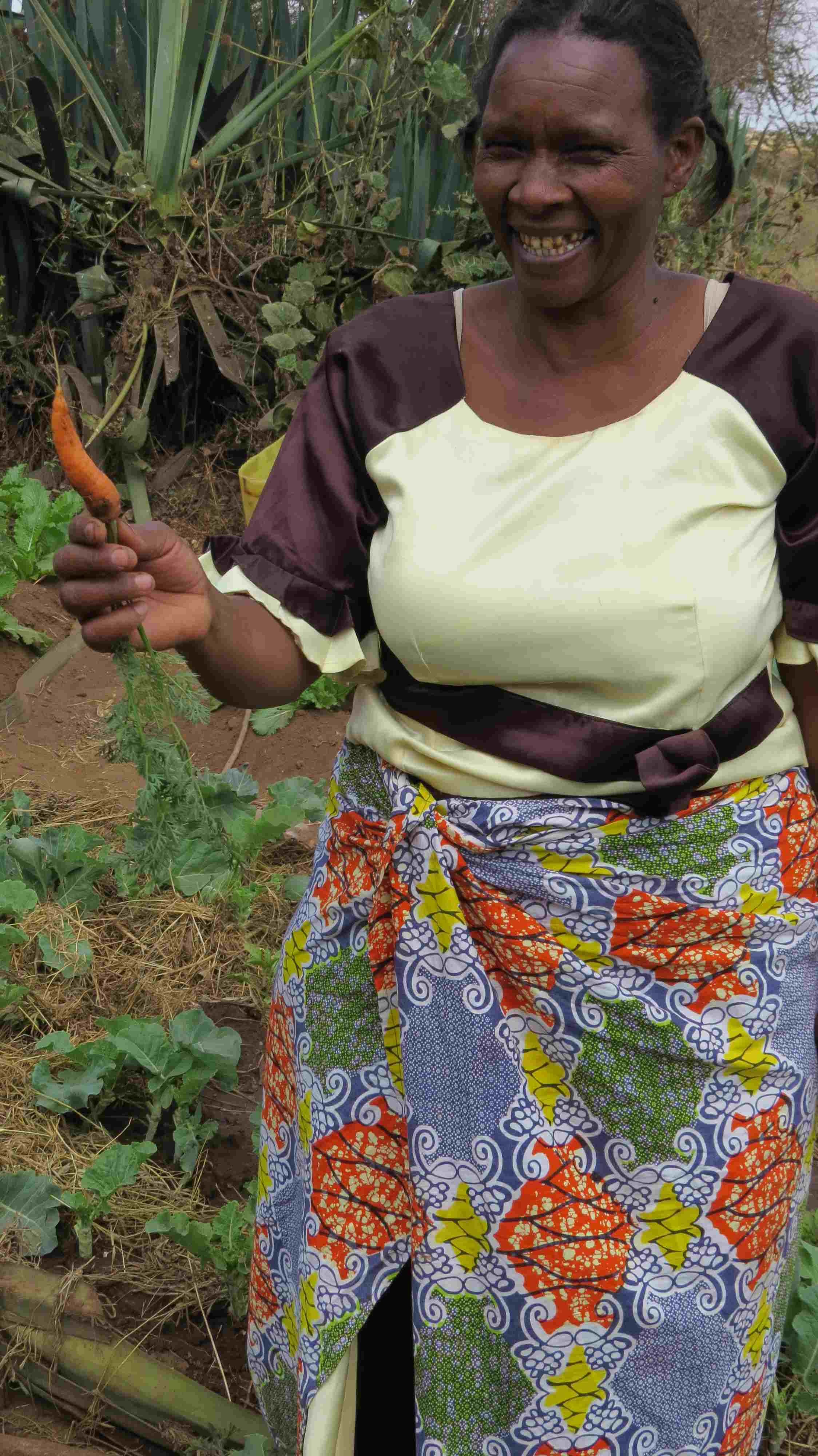 From Loiborsoit 'A', Namayani has five children.  She has twelve double dug beds in her boma, two keyhole gardens and two sack gardens.  She sells her vegetables, earning up to 20,000Tsh (USD$10) in a day, and around 120,000Tsh (USD$60) in a week.  At the beginning of the project she used about a third of her produce to feed her family, but as her gardens have increased she's now using less than 10% of the total produce for her family.  She uses the proceeds to buy water and soap and other household items.  Before Testigo's project she had tried unsuccessfully to grow vegetables and concluded that the land wasn't suitable for growing vegetables.  So the project offered her the opportunity to learn how to grow vegetables successfully, and meant that she wouldn't have to buy expensive vegetables transported (two hours drive) from Arusha.  Initially she prepared three double dug beds in her home.  Then after seeing how easy it was to grow vegetables, she decided to make it a business.  She's saving most the proceeds so she can send her youngest child to boarding school.  She's used some of the proceeds to buy 20 chickens to start up an additional business.  Her plan is to open her first ever bank account to deposit the proceeds!  She also has aspirations to further expand the size of her garden and business, even proposing that she's going to look into sending the produce to Arusha!  She is also planning on teaching her sisters, located in Olbalbal village, in Ngorongoro, how to grow their own vegetables.  Namayani said that initially her husband wouldn't let her grow vegetables, but he finally saw the benefits and allowed her.  (Interestingly, he can be observed on the Testigo film raving about the virtues of his wife's garden!).