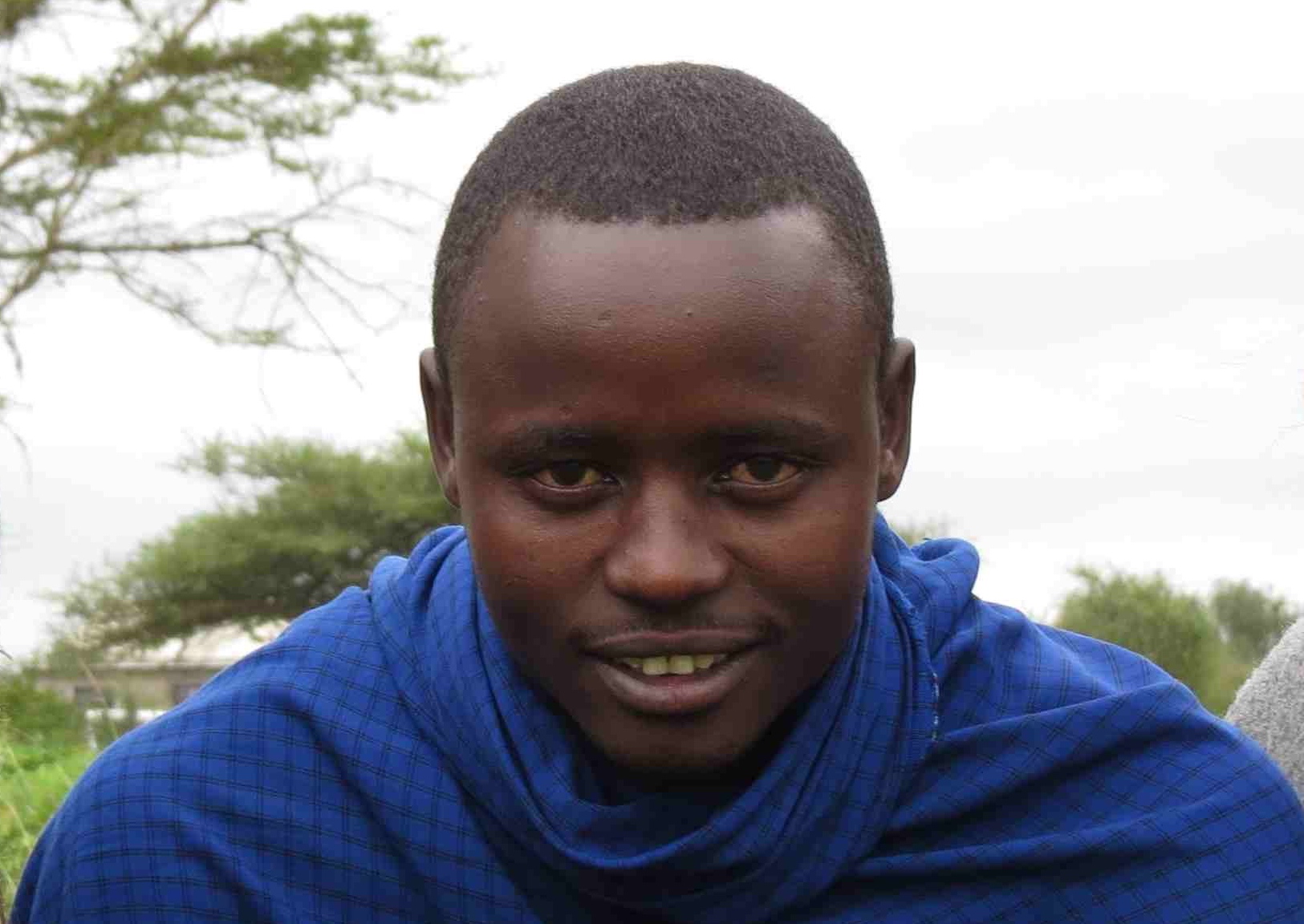 From Loiborsoit 'A', Moses is married with two children.  He is the only man in the group of 134 participants!

He joined the project because he didn't have a job or means of earning an income, and he was impressed with the success of other villages after hearing Ndoye (one of Testigo's trainers) talk of her own personal experience and those of other Testigo villages.  Moses is from a neighbouring village two hours walk away, and he walked to and from Loiborsoit 'A' each day to attend Testigo's practical training sessions and to attend his garden within the community plot.  No one is growing vegetables in his village, so he saw this as an amazing opportunity to be the first and only supplier of vegetables to his village.  He's got four double dug beds so far.  He started with four because he wanted to observe how those went, and he's now preparing further garden beds.  Moses provides vegetables to his family every few days, and with proceeds from selling his vegetables he was able to provide his wife with capital to invest in beads so she can make Masai jewellery to sell.  He's also very pleased that his time is now productively occupied and he now effectively has a job and income, and he feels that this has also meant that he's better respected within his community.  His daughter was forced to drop out of school because he didn't have the money to pay for her books and school uniform, but now he's been about to buy these and send her back to school.  Moses wants to train others in his village and neighbouring villages, and there are many Masai interested in what he's doing and they want to know how to grow vegetables too.  Moses said that at the beginning he was teased and looked down on by other men, because he'd joined a group of women.  He also had the challenge of having to walk for two hours to attend the training.  But his success has now redeemed him in the eyes of other men.