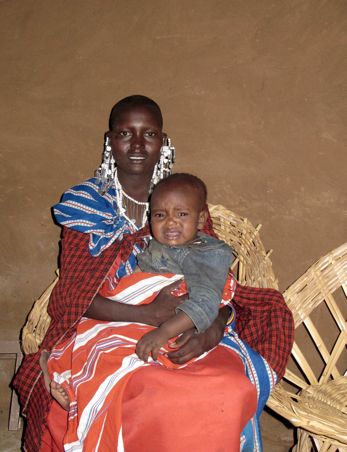 Nasha with her 18-month old. 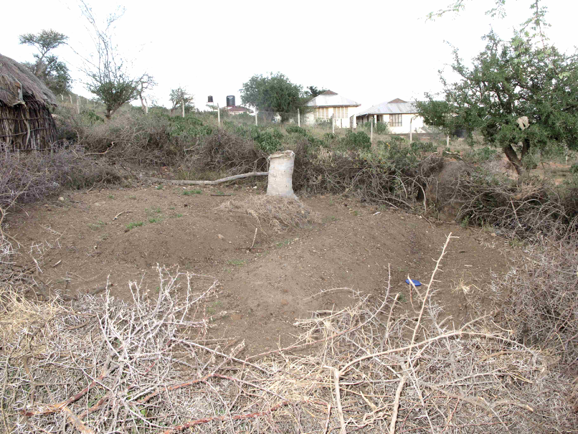 From Longido, Nasha's mother died when she was young, and her father died two years later.  At 14 years old she was forced to leave school when she was in grade four and get married.  She has two young children, and so far she is the only wife of her husband.

She said that she joined the permaculture project so that she could learn how to produce her own food and create an income source to support her family and help other women to do the same.  Nasha has completed training in preparing mulch, creating double dug beds, sack gardens and keyhole gardens and rural chicken production.  In her home with the help of her group she has prepared two double dug beds and one sack garden growing kale and Chinese cabbage which has provided vegetables for her family and her brother in law's family and children – over ten people.

Nasha said that when she first started the training her extended family criticised her, telling her that she was wasting her time and precious water.  Now, they are helping to protect the gardens by constructing and maintaining thorn bush enclosures and of course enjoying the produce!  She sold vegetables worth 10,000 TZS (A$6.50) at the town's market in the first two months, and has neighbours coming to her regularly to buy vegetables, some of whom have asked her to train them.  She is fortunate to be located 20 metres from a reliable water source, and has been able to grow and cultivate regularly.

Nasha is one of the most dedicated attendees of our permaculture project.  She is learning quickly, and is very hard working (with her baby always on her back).  When she spoke about her life and her situation she was crying, especially when she talked about her parents dying within two years of each other.  She has expressed her desire to trainer others, and her immediate success with our project brought her to the attention of our Tanzania country manager who nominated her for an award.  We are very pleased that Nasho won!  In December 2012 she was awarded the SBN International Indigenous Youth Award, and has been given a medal, A$100 and an invitation too be involved with Jane Goodall's Roots and Shoots group in Tanzania.